A big and bold mono-spaced typeface for display and everyday labels. 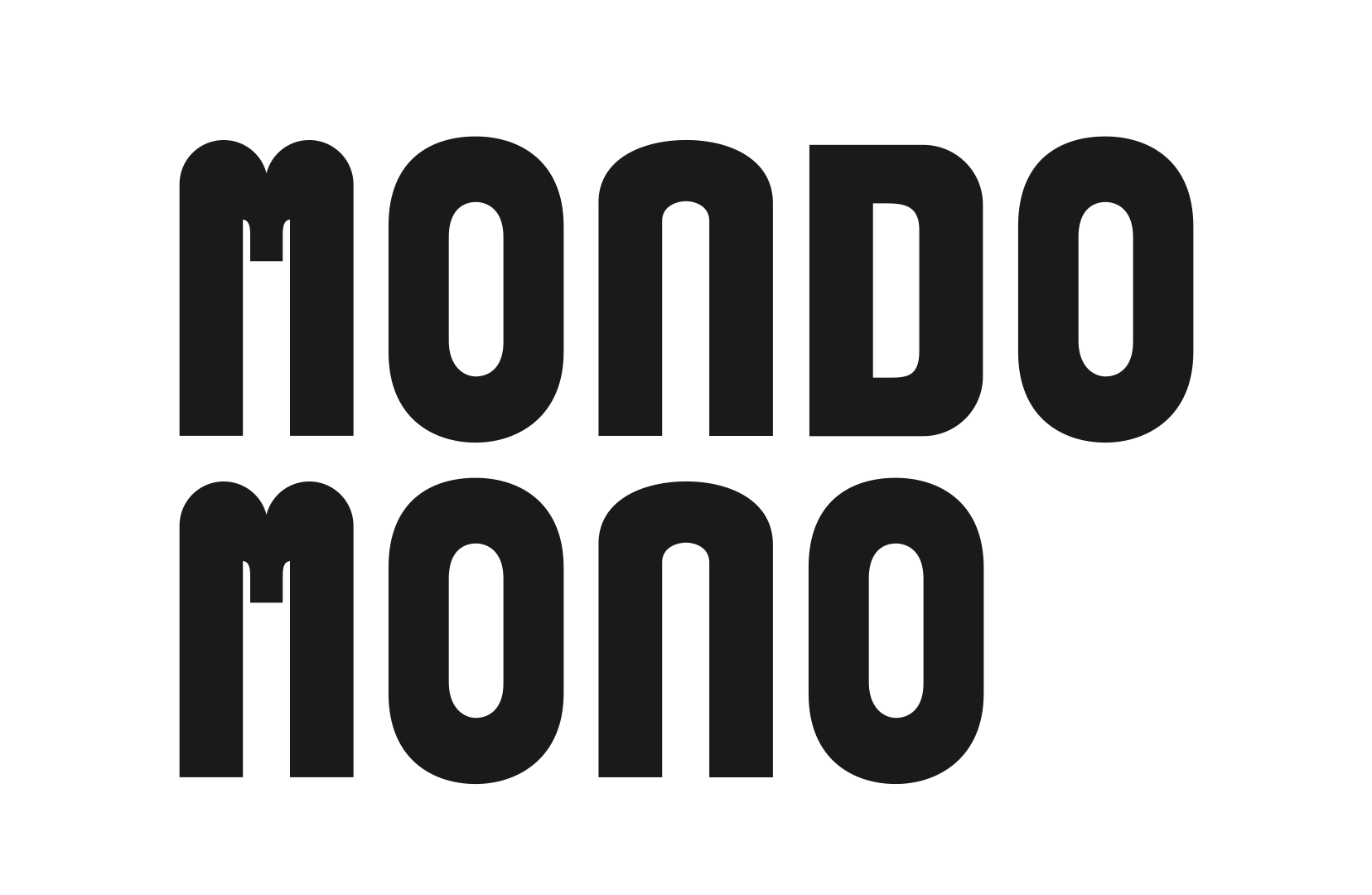 Typefaces are the personality of text, but also the form of a function. While working in a stockroom I would often need to handle label boxes of varying sizes that needed to be read from afar, quickly. Starting Monomondo by hand, each letter had to fit in tight spots, but also align to quickly distinguish variants in SKUs.

Balancing a look that would feel bold and precise, but still be readable became quickly apparent, and while some letters fit neatly into the monospace form, others had to be iterated several times in order to find a form that would fit the mold but read as unique.

The initial goal was to take a 1:2 ratio scale letter and a consistently bold line and rely on simple geometric curves to distinguish each character. Quickly though this subtle approach proved too systematic and had to incorporate more variations in line and curvature in order to appear clearly at various type sizes. This also extended to other glyphs, specifically non-Latin characters, where new elements had to be created to adapt to a larger system of symbols.

The final full-weight set became quite different than the initial concept had outlined, but in the process there where many lessons, tests, and reassessments that informed a lot about type creation, and gave a more defined character to the overall typeface.